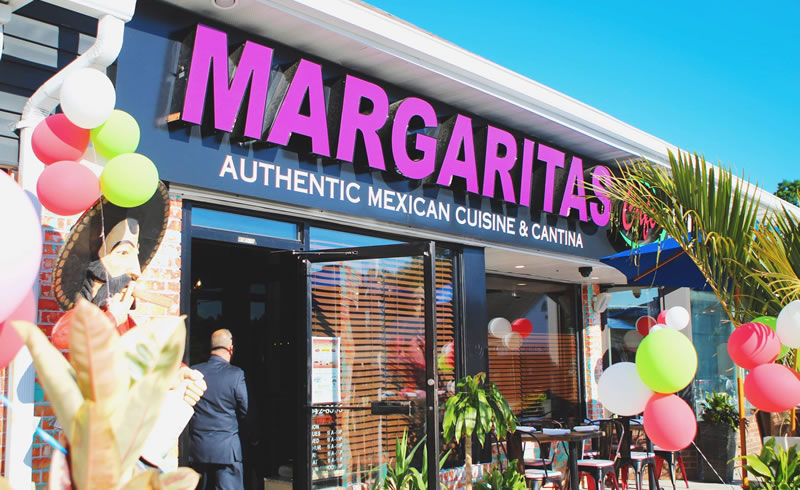 Authentic Mexican cuisine made fresh and served up with the best margaritas!

Active chamber member Margaritas Cafe provides the best in Mexican food, exotic drinks and live entertainment that focuses on both the traditional and contemporary tastes.

Here’s just a few of their specials;

Kerri Szabo sales executive, representing Holiday Inn Express of Stony Brook, who was recently written up in Newsday’s ‘Long Island Movers and Shakers’ upon joining the HIE team. New to HIE, she was all too happy to tout the complimentary shuttle offered by HIE to/from Mac Arthur Airport, SBU, the university hospital, Stony Brook train station and anyplace within a three to five mile radius of the hotel.  They have also recently renovated. www.stonybrookny.hiexpress.com.

Alex Blend representing the Miller Business Center at the Middle Country Public Library in Centereach discussed the 11th Annual Strictly Business Event which is held from 9a-1p among patrons at the library on May 1, 2108. It is a joint initiative with the Brookhaven Chambers of Commerce Coalition that has had great success. Venders will even be treated to breakfast the morning of, at 8am at MCPL. www.strictlybusinesstradeshow.org.

Indu Kaur, owner/manager of the Meadow Club Caterers of Port Jefferson Station explained their philanthropic missions which range from annually hosting the free, globally celebrated, International Yoga Day to sponsorship of music, independent films, and theatre including ,Guerilla Girls, at SBU. Additionally she, her daughter and the staff of Meadow Club take turns serving lunch at local churches which are the beneficiaries of their food donations each Sunday. www.themeadowclub.com

Diane Jensen, Branch Manager of Teacher Federal Credit Union of Port Jefferson Station announced TFCU’s partnership with National Energy connection offering a 96 month Solar loan program to purchase your own system for your home. With a 7.99% rate and as little as $0 down, 0 interest for the first 24 months plus no payment for those first two years, members can recover their state and federal solar tax incentives and apply them towards the loan. See PVEnergy@TeachersFCU.org or call 631-698-7000 ext 3700 for more information.

Doreen Guma, owner of DJ Marketing of Port Jefferson Station and the Time to Play Foundation discussed her Empower Half Hour-Mastermind of Business Success. This live Facebook discussion takes place on April 3, 2018 and is a coordinated event with the Port Jefferson Station/Terryville Chamber of Commerce; it is open to all chamber members and takes place at the train car on the corner of NYS Rte 112 and Rte 347. www.timetoplayfoundation.org.

Taking it all in and taking notes of our news and networking was Tehmina Tirmizi, a second year graduate student working on her Masters of Social work. She is interning in Brookhaven Councilwoman Cartright’s office.